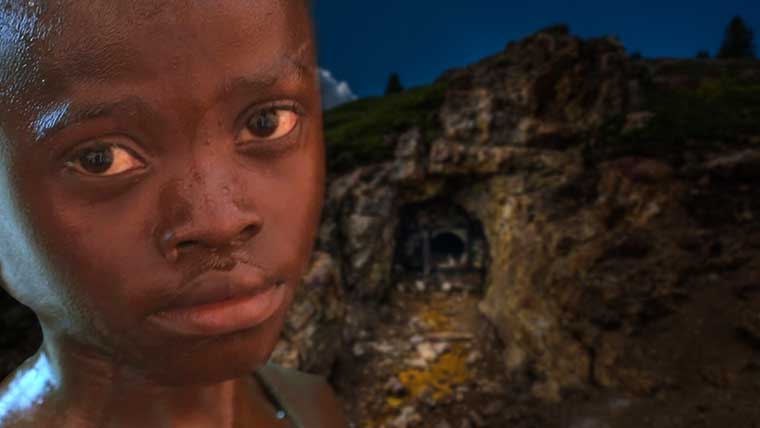 Who gets trampled in a gold rush?

The gold industry is in a considerable state of excitement about the extent of gold deposits becoming available in western Africa. With gold’s international price having recovered strongly in recent months, this should spell prosperity for regions that desperately need investment. Unfortunately, as recent history has demonstrated, prosperity is by no means a definite outcome.

Much of the region’s gold is mined by so-called artisanal means – that is, obtained with little or no mechanisation. That’s not necessarily a bad thing of itself – it provides a much-needed livelihood for unskilled labourers. In fact, it’s estimated that artisanal mining represents 80% of the world’s gold workers. However, the conditions under which they work, and the corruption and exploitation that surrounds them, demand urgent attention.

Burkina Faso’s economy is almost entirely supported by gold, most of which is obtained by artisanal means. This is a resource-rich country in which 43% of the people live in poverty. Many of the miners work in terrifyingly unsafe conditions but, as an alternative to starvation, it’s their only choice.

Ivory Coast has made commendable progress on improving the lot of its artisanal miners but, even here, an estimated 300 illegal mining sites continue to operate. Not only are these mines responsible for accidents, unacceptable working conditions and exposure to dangerous chemicals like mercury and hydrochloric acid, their flouting of environmental laws causes widespread damage to farmland. So the negative effects of illegal mining extend far beyond the workers themselves, causing poverty and starvation on a far wider basis.

Much of the world’s gold is refined by large corporations in Switzerland. In response to criticism, certain of these have announced that they will no longer process gold from artisanal sources. This can only worsen the problem.

The gold deposits in western Africa are what’s called Birimian belts. These are seams of gold that lie close to the surface, making extraction easy and well-suited to manual extraction. Major mining companies have already moved into the area, and more mines will be opened in 2020. Companies like AngloGold Ashanti and Iamgold Corporation will provide employment and security for thousands of workers. But the bulk extraction machinery employed by these large operations takes time to build and commission.

Terrorists are under no such constraints. Increased activity in the area from al-Qaeda and Islamic State has already been noted. The gold is there, and there are those willing to take it by any means available. If we close the door on artisanal mining, we open it for those with no concern for the well-being of its workers. The gold is there in abundance, and it will be taken. The workers are faced with a choice of exploitation or poverty, and illegal organisations are hungry for riches.

Instead of turning our back on artisanal mining, we must work urgently towards a solution that protects the workers without destroying their livelihood. This can’t be achieved with one stroke of a pen, but it can be achieved if we approach the problem in stages.

This one may be the most difficult to accept. We must – and urgently – re-open the legitimate refining channels. Closing them does nothing except force artisanal gold into black market channels. The African gold rush is just starting, and we have to open opportunities for mainstream, legally compliant operations to move in. Otherwise we’re providing a literal bonanza for illegal operators.

Making artisanal mining safe and environmentally responsible won’t be a fast process. It’s important to accept this and not be tempted to change too much too quickly. What’s needed is an achievable and regulated programme of improvement that allows mines to trade and workers to be employed while progress is underway. This will require a method of identifying the source of every gold shipment, as well as scrutinising all of the parties in the transaction. It’s a complex process, but companies like Choice International and CognisSys have already made great strides in developing frameworks that actively police and simplify such trading. Traceability of legitimate gold will reward compliant producers while increasing pressure on black market sources.

Step three is contemporary with step one. So long as mining operations comply with the programme of improvement, their output can be regarded as legitimate and compliant. By not trying to cure the whole problem overnight, we avoid destabilising local economies or interrupting global gold supply. We’re seeing the beginning of a new gold rush. These Birimian belts represent an opportunity that won’t – and can’t – be ignored. There’s an overwhelmingly urgent need to establish protections, and a route to prosperity, for those who live and eke out their living in these regions.

I'm slightly confused by this article. On the one hand you condemn the exploitation in artisanal mining, and on the other you support its continuation. Mixed messages or just sitting on the fence?