Working Towards a Fairer World

The Ethical Payments Foundation grew from the gradual realisation that properly executed due diligence could actually change lives for the better.

It began with Choice International developing and implementing KYC systems and processes that re-opened safe, compliant payment rails for regions that had been excluded by bank de-risking. It's no secret that this was highly profitable business for Choice. But, as the positive effects of these transactions became apparent, so did the understanding that here was an opportunity to do something highly positive for emerging countries.

EPF was set up in 2019 as a non-profit Community Interest Company, thanks to initial funding and ongoing support from Choice International. We're a young foundation with many steep climbs to negotiate. But we're kitted up and eager to go to work. 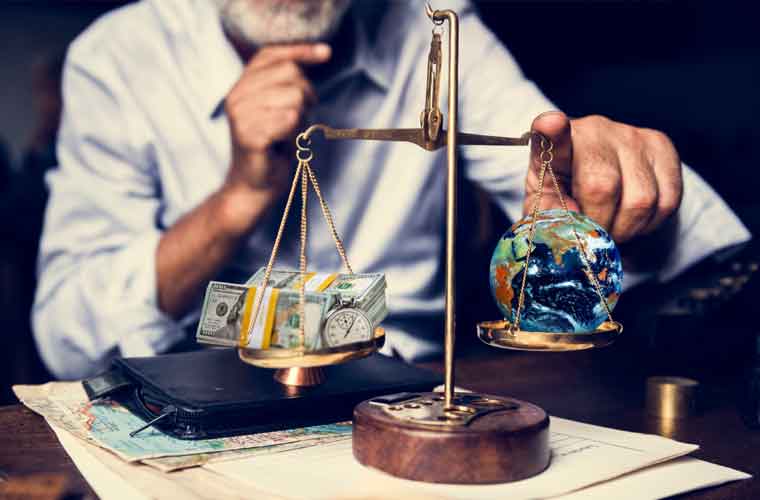 Much of the world exists outside the flow of trade and finance. As countries across Africa, South America and parts of Asia struggle for self-sufficiency, they're frequently denied access to the cross-border trade that could transform their fortunes. One significant contributor to this isolation has been bank de-risking. This is a process that results in correspondent banks refusing to deal with regions they perceive to be high risk.

Correspondent banking provides the inter-currency connections required for a buyer to pay for goods from a seller in another part of the world. All transactions must satisfy internationally effective compliance regulations to avoid money laundering or funding of terrorism. In the last ten years, financial institutions have paid out $26 billion in penalties for compliance failures.

The manual compliance procedures still employed by many institutions make diligence in more challenging regions commercially non-viable. Rather than lose money on relatively small transactions - and run the risk of crippling fines if they make a mistake - they have chosen to avoid these regions altogether. The balance of risk and reward is weighted heavily against emerging economies.

Solutions do exist. Specialist companies have made huge strides in simplifying due diligence, reducing cost and improving safeguards against bad transactions. If banks and other financial institutions are prepared to make a change, rather than simply sidestep the problem, they can open up, literally, a new world of profit. And in so doing they can reset the balance against terrorism, exploitation and money laundering.

A significant part of our mission is to work with financial institutions, regulators and governments to break the deadlock of inertia and create an ethical, prosperous platform for everyone. We believe that everyone should have the right to be self-sufficient and free from exploitation. Sadly that's far from true. 75% of the world's poorest countries are in Africa; 42% of Mexico's population lives below the poverty line; almost a quarter of a billion people live on less than $1.90 per day. Aid organisations like Oxfam and Save the Children do magnificent work, but we must address the causes of poverty at their root to make a lasting difference.

Change has to start from a change of attitude among global organisations. Banks need to avoid funding terrorism and money laundering, but simply avoiding the worst-affected regions just quarantines the plague. Mineral ore processing companies want to avoid funding the exploitation of workers and damage to the environment caused by artisanal mining, but refusing to deal with such mines causes human deprivation that's worse still.

By turning our backs on difficult regions, we create fertile soil for the drug cartels and terrorist organisations to farm. Far from eradicating the problem, de-risking in all its forms puts vulnerable people even more at risk. And it ensures that the criminals can enjoy easy pickings.

We're not here to make peace signs and tell you to love your neighbour. We're here to work with you on practical ways to open up ethical, safe global trade. And your own company will prosper even more as a result. The emerging countries that are currently isolated represent massive profits for established-world companies with the vision and commitment to embrace a new approach.

We're a new organisation, just starting on the journey towards a sustainable goal in which everyone comes out on top. Our initial task is to open dialogues with solution providers, regulators, financial institutions and governments in emerging nations. That process has already begun, and we're looking forward to sharing progress with you over the coming months.

If your organisation has an interest in creating safe, compliant payment rails for financially isolated regions, we're eager to talk to you. Please get in touch.

A Note on Independence and Transparency

The Foundation was made possible by the generous support of Choice International. The nature of our founding sponsor means that certain of its solutions are relevant to the problems we aim to solve. This is no coincidence - it was Choice's commitment to financial inclusion that sparked the idea of setting up the non-profit in the first place.

However, to be of value, we cannot and must not be partisan in our recommendations. With Choice's full approval, we are eager to engage with all players in the financial inclusion environment, including our founding sponsor's direct competitors.

We do not accept advertising, nor do we take payment for featuring a product or service in our website or other content. Those we do feature are selected for relevance, and included free of charge for information only. The feature will be based on information provided by the product's owner, and should not be considered a recommendation. From time to time, a company may pay us for a more in-depth analysis of its product or service. The payment is for our time spent in the evaluation; it is no guarantee of a positive opinion, nor even of inclusion in our output.