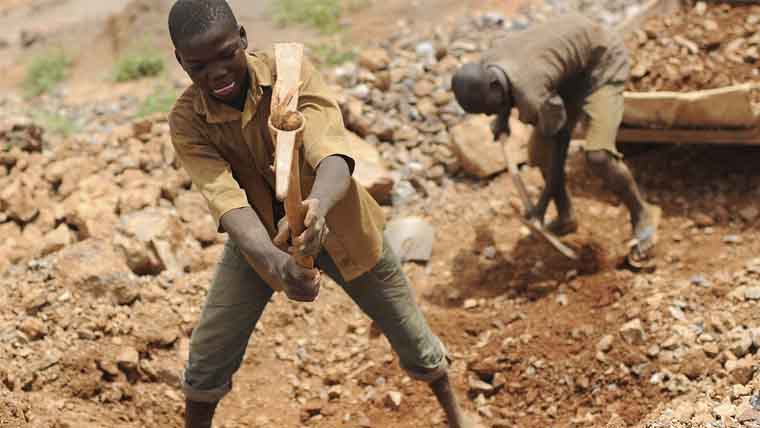 No golden future for emerging countries

Why refusing to buy artisanal gold is no solution

Artisanal gold mining accounts for roughly 20% of the world's gold production, but employs around 80% of its miners. Millions of people, including young children, work under highly dangerous conditions for exploitative wages. Accidents are common, and the damage from unprotected contact with toxic chemicals shortens life expectancy to under fifty years.

The majority of commercial gold is refined by large corporations in Switzerland. These companies have been widely criticised for supporting these disgraceful mines, and are now widely responding to pressure by refusing to buy artisanal gold.

Last month, when I read of Metalor's withdrawal of trading from artisanal gold extraction, my first reaction was one of approval. It's clear that other refiners are moving toward similar sanctions. If no one's buying from the artisanal gold mines, are we looking at a future where all gold is obtained ethically and ecologically?

Sadly, I believe that future to be a naive dream, but let's go with it for now. In the case of countries like Burkina Faso, 80% of whose export economy is based on gold, it could spell economic collapse. Vast numbers of people who already survive in abject poverty will lose what little income they had. Metalor's severance of gold trade with Colombia is almost equally de-stabilising, given that country's infamous alternative export.

This is a solution that punishes the people it should be protecting. The cure is unquestionably worse than the disease.

But is it even partially effective? Are we really to believe that the world's appetite for gold will accept an annual reduction in availability of 20%? This is another solution that allows large corporations to distance themselves from an unpleasant truth, while doing nothing to deal with the underlying problem. And the unpleasant truth here is that artisanal gold will continue to find its way to the market, but producers will be forced to deal it via the black market. What chance is there then of improving working conditions or reducing environmental damage?

We have to work together

This is a complex problem that's lacking in easy answers. But simply shutting the door on it does nothing but make it worse. It's time for co-operation between businesses who can contribute to a lasting solution. I have a team working right now on a robust compliance passport for every gold shipment, and we’re eager to work with other organisations who can contribute to an end-to-end solution. I urge banks, gold refiners, mines, storage companies and fund transfer organisations to join me in an initiative to protect artisanal gold workers and re-introduce their exports to the compliant world.