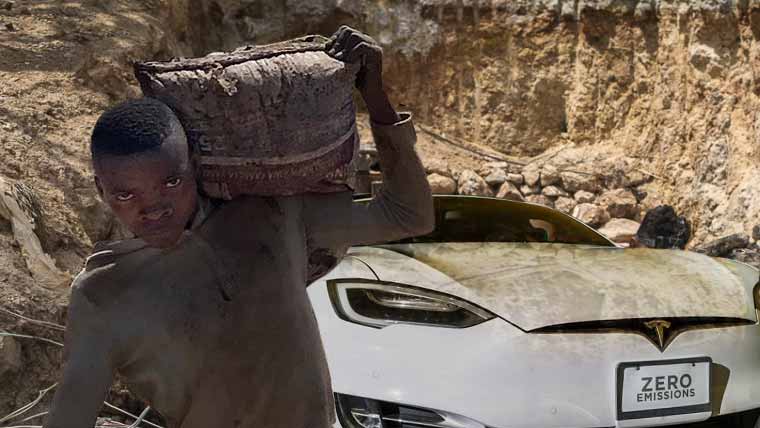 Is ignorance an admissible excuse?

Several major companies, including Tesla, Apple, Microsoft and Google, have been named in a lawsuit implicating them in the deaths of child labourers in artisanal mines in the Democratic Republic of Congo. A case filed by International Rights Advocates claims that the companies had "specific knowledge" of child labour being exploited in cobalt mines in the region.

The majority of the companies named in the suit have protested that they don't accept materials obtained by dubious means, most specifically naming artisanal mining. It is to be hoped that the true facts of the matter will become apparent as the case progresses but for now we should accept their statements as true. If we allow the complainants equal licence, then we must also accept that the illegally mined cobalt was received, accepted and processed - hopefully unknowingly.

If the failure lies in knowledge of the ore's origin, then we must ask why.Tools exist to validate how ores are obtained - notably the CRAFT code developed by the Alliance for Responsible Mining. Was this, or something similar, employed? We urgently need global adoption of a robust standard if we're to avoid continuing to fund, albeit unknowingly, the exploitation and environmental damage caused by artisanal mining.

But, as we've said elsewhere, simply refusing to deal with artisanally obtained ore deprives whole communities of vital income. Their very survival relies on selling their ore. If we deny them that lifeline, we open the door to black marketeers. The Alliance for Responsible Mining has taken a commendably holistic view on this, and we encourage you to view its page on its Theory of Change.

Tighter and consistent controls need to be put in place to avoid future transgressions, but this is a problem that must be dealt with at source. Organisations need to do more than identify the ethical origin of imported ore; they need to commit to a programme for change, so that artisanal miners can earn a living as they progress to a safer and more sustainable future.